Alkam Stars or Elcamp Stars is one of the most popular small business events at the Elcamp Fair, which started in 1994. The Computer Guild Organization is hosting the event, but the Alkam Stars event was postponed to the end of the year this year due to the outbreak of the Corona virus. The 26th edition of the Elcamp will not be held this year due to corona conditions.

The head of the Computer Guild Organization says that the organizing committee of the exhibition, after canceling the program twice, was still thinking of ways to hold the exhibition in a special way, but in the end these solutions did not come to fruition. According to Mohammad Baqir Asnaashari: “We thought of holding a cross-sectional and thematic exhibition. The issue of Elcamp G was raised for e-government, which we did not reach a good conclusion; Because the disease still exists and its risks still persist. “Finally, this year we will definitely not have an al-Camp in the form of a show or an exhibition.”

In 2009, more than 100,000 people visited Elcamp. About 500 teams, more than 300 booths in 5 halls also participated in Alkam Stars. This year, the entire space of the Tehran International Exhibition was to be dedicated to Elcamp. The head of the Computer Guild Organization in the first press conference of Elcamp 99, which was held online today, December 20, announced that the Information Technology Organization sponsors the participants in the Elcamp exhibition and the proceeds from this exhibition will be spent on developing the start-up market.

According to Mohammad Baqer Asnaashari, the high correspondence and requests of many startup companies have led to the decision to hold the Alkamstars event online. He explains that Elcamp receives a subsidy from the Information Technology Organization to hold Elkam Stars And this is a good model for making money from bigger and more powerful companies and is spent on developing the market of smaller companies. In addition, this year Alkam Stars has the support of the Vice President for Science.

All the steps of registration, participation and refereeing of teams in the sixth round of Alkam Stars are done completely electronically. In total, only the side sections of the Al-Campich, the Acceleration Pavilion and the Capital Gateway will be held this year. Registration will be done from January 1 to 12 through the Elcamp website.

In the “Capital Gateway” section, which is related to raising capital, talks have been held with several capital raising platforms, including the VC Association and the Ecology Capital belonging to the Information Technology Organization and the Innovation and Prosperity Fund, accompanied by the Vice President for Science. Those interested in participating in this section should upload their ideas and presentation in the relevant section of the website so that the organizing staff can contact them and inform them of the appropriate time to present to the VCs. The “apprenticeship” section will be held this year in cooperation with the Information Technology Organization.

Total Cash prizes For Alkampich section or Alkam Stars competition section this year, 150 million Tomans is for 10 selected Alkampich teams and two teams selected for the corona epidemic conditions. Participants in the four areas of artificial intelligence, the Internet of Things, virtual reality and augmented reality will also receive special awards with the support of the Vice President for Science. Plus, Technology Organization The information also rewards the two teams selected in the alchemy section up to 30% of the capital that team receives from each VC.

Vice President for Science Also, for each of the selected startups in Alkampich, up to 50 million Tomans of initial capital has been considered directly; This amount will be subject to acceptance at accelerators or VCs. 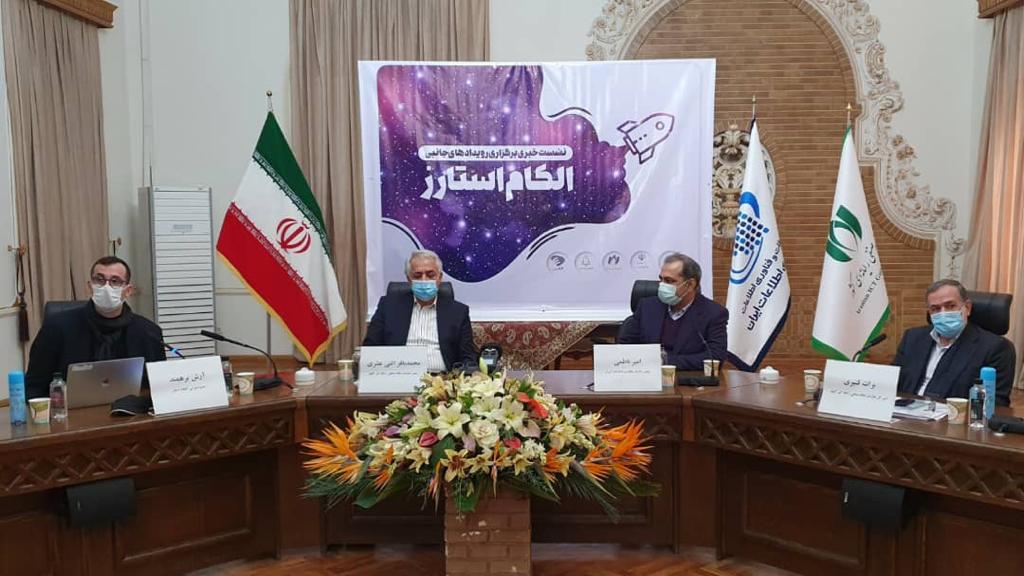 The head of the Information Technology Organization announced that this year, instead of providing loans, capital has been used, and advises startups to use venture capital instead of loans to finance themselves. Accordingly, Amir Nazemi says that this year, the prize for the first team selected by the jury is a loan of one billion tomans. Venture capital Is. This means that if an investor invests in a team even up to 1 billion tomans, the same amount of capital will be given him a cheap loan.

The technology organization loan has one year of repayment, 4 years of repayment period and a bank interest rate of 9%. The second and third teams selected by the jury will also receive 750 million Tomans and the fourth, fifth and sixth teams will receive a capital loan of 500 million Tomans, but this amount will be paid to their investor.

Information Technology Organization this year Bumwareh design Has also started that every startup can use it to receive and use a credit package of 100 million Tomans. “Startups as a team or company can use services such as hosting services of AsiaTek and Abra Arvan companies or advertising services.” This year, this plan is also considered for the participants of Alkam Stars, and according to it, the first 12 teams will receive a credit package of 200 million Tomans.

Capital Boom Design Will be unveiled at the Alkam Stars online event. In this plan, all startups that are registered in the Iran Noafarin plan and need to attract capital, upload their business plan in addition to the estimates based on their feasibility studies, on the Noafarin site and in the capital boom section. Their design is then sent to the investor who has been selected from the list of VC companies, and if the investor has not selected, they enter the capital hall so that other investors can see their design and invest in them if they wish.

This project will also be considered for the top three student teams, and based on this, they will be awarded 15 packages of 200 million Tomans in addition to the capital section.